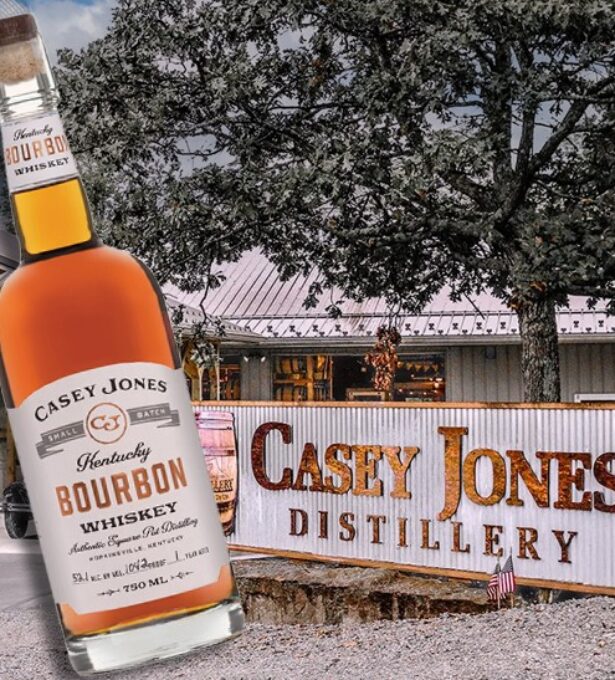 Few periods in US history were at once colourful, desperate and resourceful as the Prohibition era (1920 – 33). With the onset of the great Depression, work was scarce and families needed to eat. Moonshining became a necessity and Casey Jones earned a reputation as one of the best in the business.

He designed and built his own stills and became a legend in the Land between the Lakes. Hopeful Moonshiners from all over the area sought out a Casey Jones still as the craftsmanship and innovative design was unparalleled.

Bootlegging was a big part of the business of Chicago’s most famous gangster, Al Capone. He had a particular fondness for the shine that came from Golden Pond, Kentucky, distilled by Casey Jones. Capone and other Moonshiners knew that a still built by Casey Jones yielded a superior product. Revenuers (Government agents) knew a still was Casey’s just by looking at it. The unique design was not only efficient and meticulously crafted, but was easily set up, dismantled and moved, fitting perfectly into the back of a wagon or bed of a pick-up truck belonging to a ‘Shiner trying to make a quick getaway.

With just a torch, a hammer, snips, crimping pliers, and a soldering iron, Casey Jones built more than 250 stills using only copper as opposed to steel, even though it was cheaper, due to a potentially lethal coating of zinc. He would charge $20 (around $350 today) and a couple of gallons of the product…known as “Casey’s Cut”.

There were often complaints from Moonshiners that the widely used coil condensers couldn’t produce enough whiskey to meet the demand. Casey solved that problem by creating a cylindrical condenser that produced a higher-proof, better tasting product in half the time. At a time when the woods were crawling with axe-wielding Revenuers, this invention proved very popular.

He also recognized the condenser to be the most important piece of the still, he reasoned fitting it with a handle would ensure it was likely to be the first piece moved to the truck in the event a hasty departure was required.

In an attempt to avoid detection, moonshiners would occasionally wear “cow shoes” to trick revenuers — rather than leaving suspicious footprints leading up to their secret stills, they’d leave innocent-looking hoof prints in the dirt and grass. Revenuers were great in number and eventually caught up with Casey, treating him to a two-year stay in West Virginia’s Mill Point Federal Penitentiary, after which the king of the stillmakers retired.

Casey’s legacy and legend lives on with the efforts of his grandson, Arlon “AJ” Jones, now a master distiller in his own write, and his wife Peg, who have worked tirelessly to create an amazing destination that is both a working distillery and Mecca for all seeking to sample their award winning bourbon and infamous moonshine.

AJ partnered with Specific Mechanical Systems to build another modern, square still, modelled after the last one his grandfather built in 1967. Every detail is meticulously recreated to the specifications of the original as it was during the prohibition years. This will be a working still producing the same moonshine from the same recipe using the same ingredients. It doesn’t get much more authentic than that.

Just in time for their 5th anniversary, AJ and Peg began producing Barrel-aged Bourbon. Not surprisingly, the Bourbon swept the awards and AJ asked Specific Mechanical Systems to also supply a 1000 gallon pot still with a 4-tray column to keep up with the demand.

Casey’s original, secret family recipes benefit from the same focus and attention to detail right down to the source of water and grain. Thanks to AJ and Peg, the magic and taste of the past lives on today and will continue into the future at Casey Jones Distillery.