Handcrafted brewing and distilling systems for craft brewers and distillers around the world.

Planning a new brewery or expanding an existing brewery? Get Specific!

We’ve fabricated and built over 1000 brewing systems, ranging in size from 3 to 100 barrels. We have the experience, capability and quality to help you be successful.

Our premium distilling systems are designed to enable craft distillers to create a wide variety of spirits. Whether it’s a batch pot still system, a continuous column, or individual components, we’ve got you covered.

Our premium distilling systems are designed to enable craft distillers to create a wide variety of spirits. Whether it’s a batch pot still system, a continuous column, or individual components, we’ve got you covered.

We build custom solutions for a variety of industrial applications, including Oil & Gas, Biotechnology, Public Utilities, Pharmaceutical, and Research & Development. 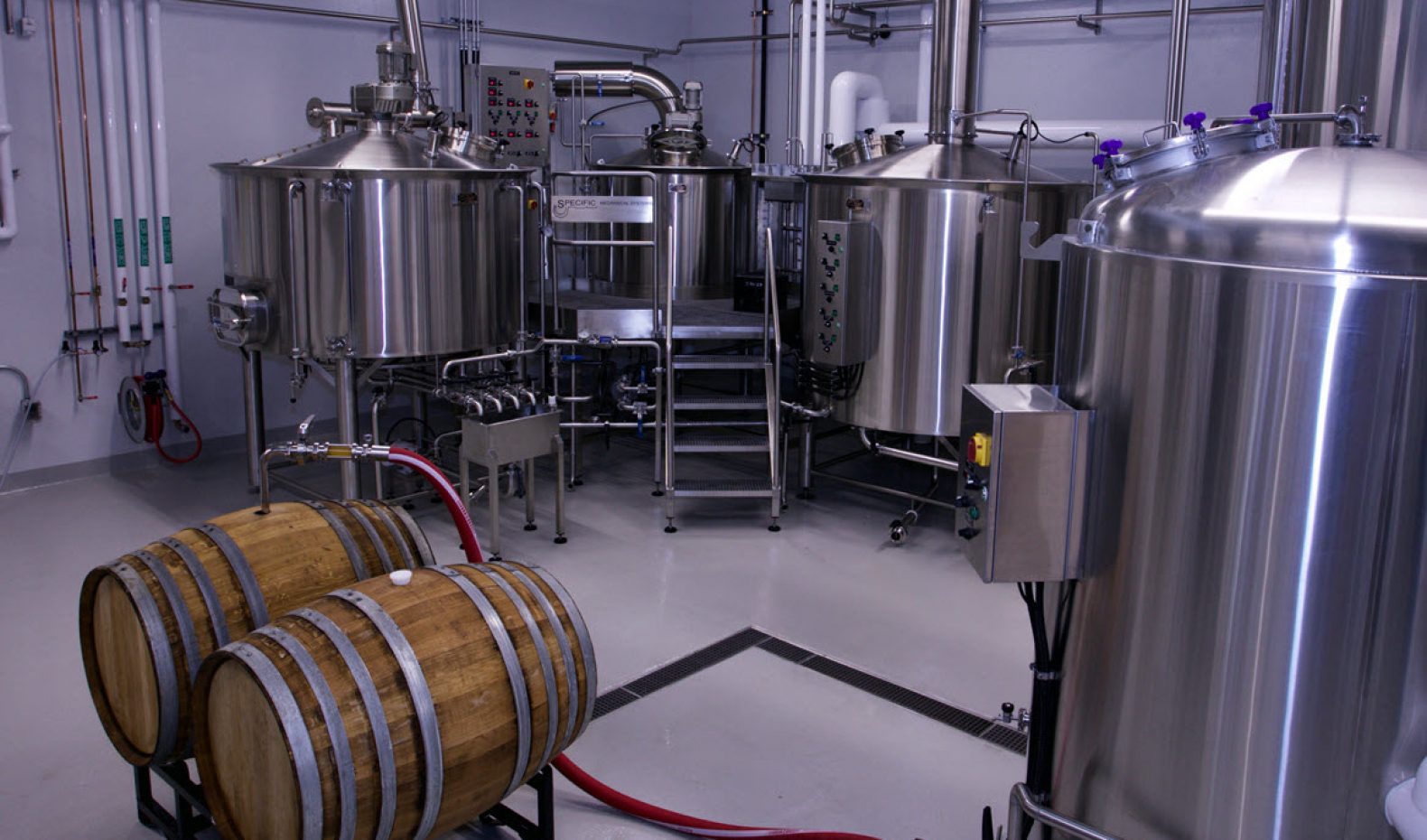 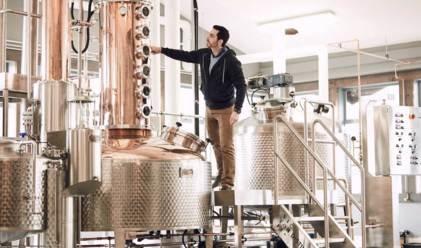 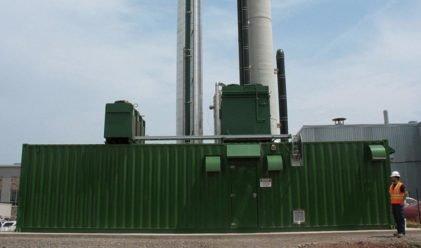 “I’ve worked with a lot of companies and have been completely blown away by Specific Mechancials customer service. Everyone I’ve spoken to from parts and service to the engineers, have gone out of their way to help and save me money. Their products are top quality and the way they treat their customers should be the industry standard.”

“Well, we have opened our doors and have been lined up ever since for the past two weeks. The Spec Mech equipment is making our lives very easy and couldn’t be happier with everything so far. Thank you.”

“I’m happy that we have a strong relationship with Specific Mechanical Systems and service like this only strengthens that relationship even further. This is why we work with you guys.”

“It has been a hectic year here at Tree Island with many changes and growth, and we wouldn’t have been able to make it through without the support and help of you and your company.”

“I wanted to comment to you how satisfied we are with the customer service we received both from Specific Mechanical. You really have first-class employees of which you can be very proud.

We initially contacted Specific Mechanical Systems 8 months ago. We felt we were in good hands since the start, but still, we did our homework and went evaluating other possible options to acquire our system. In the end, our decision to select your team was based on the very positive feedback we got from every brewery owning an SMS brewhouse that we talked to. Every brewer we talked to insisted on the very efficient and proactive service and support you provided to them all along the selection, design, installation and aftersales process. Now I trust they were right.

I know how important it is to have and maintain a good reputation. And this is why I will be proud to spread some good words about SMS all over my network.”

“We’ve been thrilled with the design and construction process. I could t be more impressed with the speed and thoroughness of the communication between us and our project manager. Our system is shipping out this Friday [February 16, 2018], can’t wait to receive it.”

“Everything from Spec Mech is functioning amazingly”

“The craftsmanship on both pots is heads and tails over the old pots (no pun intended) – both are beautiful- with cleaner welds and a much nicer look. Even better – our heat up times have DRASTICALLY improved, from 6-8 hours for the small pot to 32 minutes and 12-14 hours for the big pot to just over 40 minutes. We really appreciate SpecMech working with us on this, and we’re looking forward to enjoying these fast heat up times more and more in 2018.”

“As far as the brewhouse, the system is flawless. I’ve done a few collaborations with other local guys and they love brewing on this system. I am hitting all my numbers and am running at a 90% efficiency. Easy to run easy to clean and the look is awesome.”

“Our Brewing Company’s relationship started with Specific Mechanical before I was brought on board in May of 2016. My brewing experience with Specific started before this, however, with my previous employer and the opening of his new brewery

Speaking to my first experience I watched my employer in Pennsylvania (Brian McConnell of Sterling Pig Brewery) work with the sales team and engineers directly to design and build his system. When the exciting day came in the spring of 2015 Brian seemed more than pleased with what came off the trucks. In the days and weeks ahead I bounced in and out (while maintaining my employment at another brewery) to lend a helping hand to Brian as he began to put the system into working order. After finishing my tenure, I enthusiastically began brewing at Sterling Pig and learning the intricacies of Brian and Specific’s design. I enjoyed very much the new technology, engineering and quality that came along with Specific’s equipment. It was just fun to brew with.

Little under a year later Scott Morrison of Gravity Consulting came through Sterling Pig to show a new client of his, Brian’s system. Things developed and I was hired to be the Head Brewer of this new project (MudHen Brewing Co.)

Scott had already been working with the Project Manager, Adam Matthews, which had the system on its final drawings, when I came on board. I was welcomed completely to discuss and adjust any part of the system as I felt necessary. The professional design and clear attention to detail left me with little to consider or configure.

Patience was critical as the drop date of our new venture found to be continuously pushed back until finally coming to reality in the fall of 2017. The Specific sales team, led by Greg Hardin, was professional and understanding along the bumpy road that is the opening of a new 200 seat brewpub.

Prior to our shipment arriving we were provided with diagrams, pictures of the actual equipment at the plant and various other digital resources to assist us in assembling and understanding our new brewery. The trucks arrived as scheduled and were packed securely and methodically. As we began to offload and reconstruct the equipment all questions and concerns were addressed promptly and any issues (which are too few to mention) were remedied immediately.

MudHen Brewing Company opened its doors in the middle of April 2018 to great anticipation and the start of the vacation season for our region. A very significant percentage of our annual business happens between the end of May and the beginning of September. The key component to our opening success relied on the efficiency and functionality of our brewing system. From the very first brew until present day our 15bbl Specific Mechanical brew house, is once again, just fun to brew with. All of our fermentation and serving vessels arrived with all of their essentials, built with quality material and have provided me, as the brewer, the confidence to handle the demand in volume.

Professional, accommodating, extremely knowledgeable and of the highest standard are but some of the terms I use when describing the Specific Mechanical team and the equipment I am proud to work with at MudHen Brewing Company.”

“So far Specific Mechanical, and specifically Adam Matthews, have been top notch. Lot’s of help and support all the way through. It’s been a great start thus far.”

“You guys continue to impress, this is great! Thanks for all the knowledge and clarification.”

“Specific has been supporting our growth for 10 years by providing world-class equipment, at competitive prices and with outstanding customer support through that time period. It is fantastic to have a supplier to breweries around the world located here in Victoria, giving us an advantage as we install new tanks, and build specialized equipment for our industry. High quality, great attitude, and fantastic staff.”