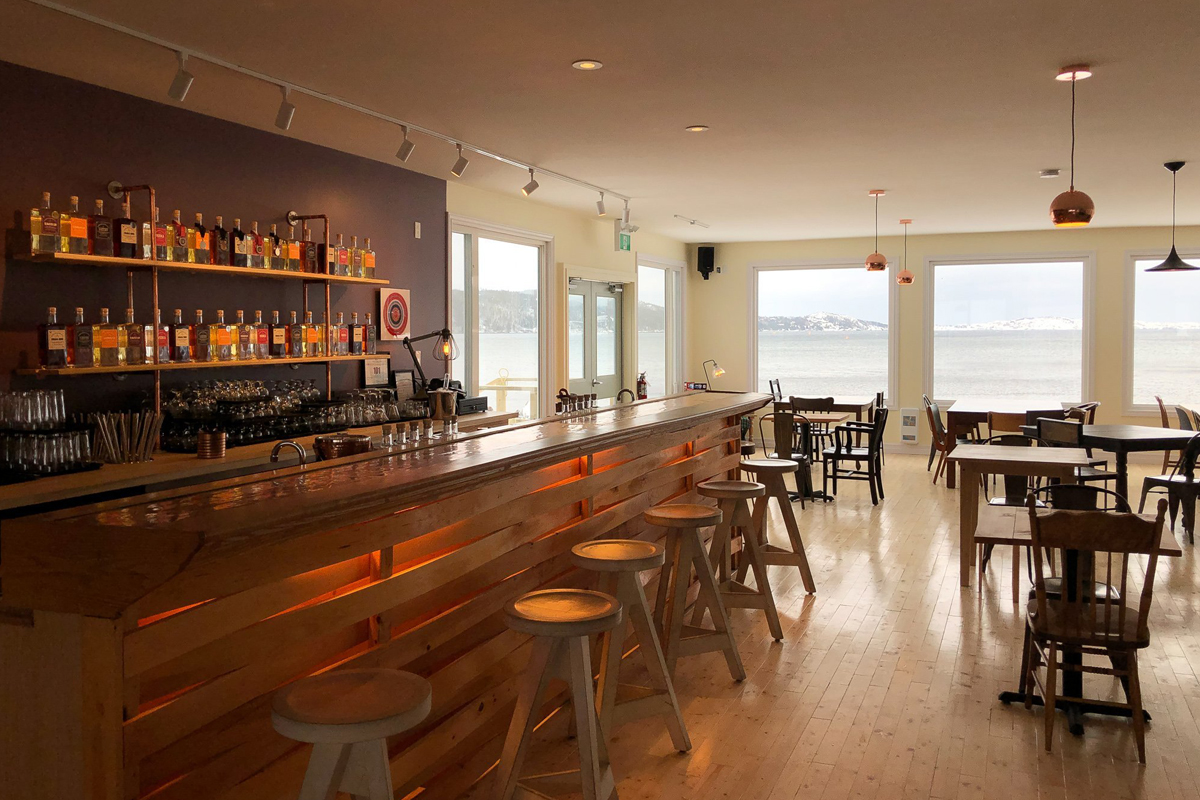 Founded in 2016 by decorated Cordon Bleu Chef William Carter and famed international artist and broadcaster Peter Wilkins, The Newfoundland Distillery Company has firmly established itself as one of Canada’s national treasures and a source of pride. This craft distillery recently underwent an expansion, not only to increase their product line, but to allow for more space in the trophy room!

Crowned as the makers of one of the finest gins in the world, their Seaweed Gin took home the coveted “Double Gold” award at the International Spirit Competition in San Francisco, while their Cloudberry Gin captured the Silver Medal. That success was repeated two years later at the same competition in New York with Seaweed again claiming Gold and Cloudberry seizing the silver.

It’s not just Gin that keeps the award room bursting at the seams, their Chaga Rum won Best Canadian Spiced Rum at the 2019 World Rum Awards in London. That same year it secured the Silver Medal at the World Spirit Awards in San Francisco, as did their Nordic spirit, a “wanna-be” whisky, called Aquavit. Almost everything they put in a bottle stands head and shoulders above at international competitions.

The Newfoundland Distillery has earned these accolades as they are meticulous about every step of the distillation process. Using locally grown barley and other ingredients all from the shores of Newfoundland, they produce a spirit that celebrates and focusses on the purity of unique local flavours such as partridgeberry, dulse, kelp, caribou moss and many more.

These ingredients are readily available as their seaside location is nothing short of picturesque. Comfortably nestled on the shores of Conception Bay, you can sample the amazing product line in a world class tasting room with views out over the bay. Also from the tasting room, you can see the beautiful copper stills, made by Specific Mechanical, used to create these award-winning spirits.

We are proud to have had a part in the realization of William and Peter’s dream and look forward to their continued success with the debut of their own Newfoundland Whisky, a first for the Province, due out in 2023.
The Newfoundland Distillery Company, yet another reason to visit the magical “Rock” – beside getting your fill of Figgy Duff or kissing the Cod and getting yourself ‘Screeched in”!