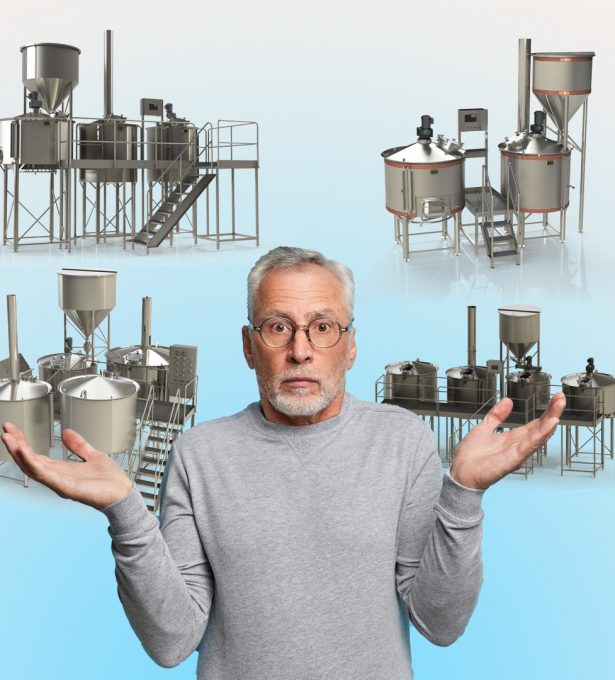 Choosing the combination of Brew House Vessels is subjective based on the type of brewing you wish to do. Last week we touched on productivity and determined that having a Mash/Lauter tun, Brew Kettle and Whirlpool meant after your first brew (totaling 7.5 hours) your subsequent brews would only take 3.75 hours. An even more efficient combination is a Mash/Lauter tun and two Brewkettle/whirlpools, cutting your subsequent brew time down to just 3.25 hours. This is all assuming it’s a single infusion mash in. If the brewer wanted to invoke step or a decoction mash, that timing would increase but the ability to both step and decoct is available if you convert your vessel choice to two Mash/Kettle/Whirlpools and a separate Lauter Tun. Of course there are always work arounds which will get the job done, but may not be as efficient in various ways. If ales are your main focus and step mashing is not something you’ll be concerned with that often, then you can get a lot of “brew for your buck” with a simple two vessel system. If productivity and multiple brews in a day are your focus, then consider adding a third vessel as previously described.