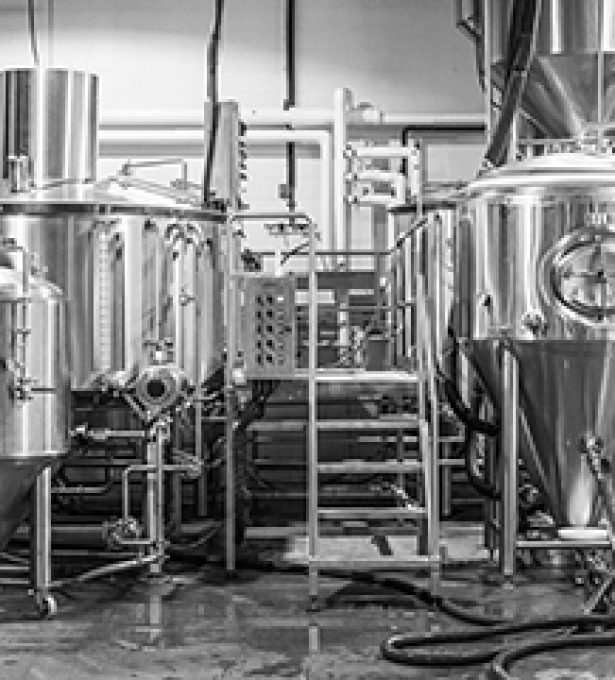 Since 2014, Kansas City Bier Co. has pursued a simple mission:
to brew authentic-tasting German-style bier with the same character, flavor and freshness as the bier brewed and consumed in Germany using traditional German brewing methods.
KC Bier Co. offers a variety of year-round, seasonal and specialty German-style ales and lagers in its Bierhalle and Biergarten in the Waldo neighborhood of Kansas City.

Steve Holle, Managing Partner.
Over a 30+ year career in banking, Steve was an avid homebrewer and authored a best-selling reference book, A Handbook of Basic Brewing Calculations.
He became a regular on the lecture circuit at brewing conferences as well as the host of a radio “Beer Show” out of Texas. His accolades include the designation of Diploma Brewer from the London Institute of Brewing and Distilling.

Jürgen Hager, Partner.
Jürgen is a native of Bavaria who moved to the US in 2001 and met Steve in Dallas. Jürgen was instrumental in laying out the design and décor of the Bierhalle and Biergarten and creating a menu of authentic German foods from vendors who could supply traditional meats, sausages, and other items. Patrons may even find a few items on the menu from recipes handed down by Jürgen’s Oma and Mutti.

Karlton Graham, Head brewer and Partner.
Karlton enrolled in a Master Brewer program in Chicago. The course included a 5-month practicum in Munich. While there he noticed a job posting from Steve, who wanted a German-trained brewer. Upon completion of his studies, Karlton returned to Kansas City and started setting up the Brewery.

Kansas City is the home of many unique breweries, it was the belief of Steve, Jürgen and Karlton upon opening in 2014, that Kansas Citians would embrace the added diversity of German-style bier if they could experience authentic flavor along with local freshness. That belief paid off as KC Bier is now the largest locally-owned brewery and brewpub in Kansas City.