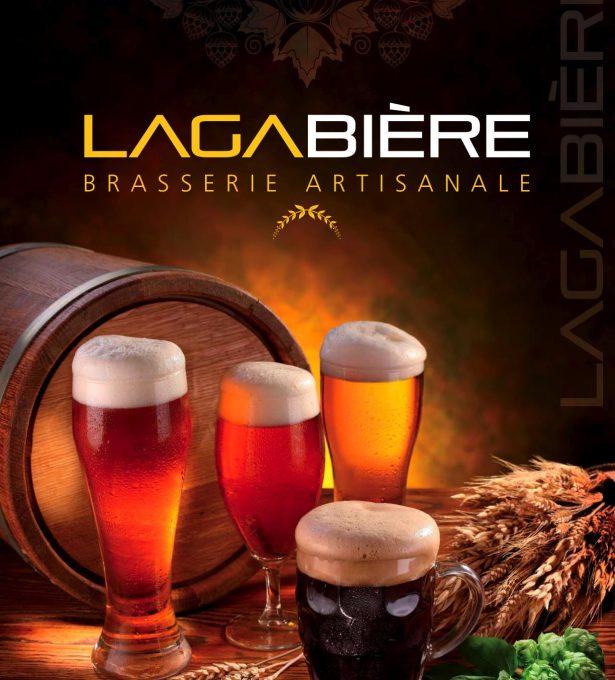 The Laganière brothers were born into a family particularly fond of beer and gatherings. While still  young, they began brewing in the family garage with makeshift equipment. They slowly gathered enough equipment to have a nano-brewery at home! During their university studies in administration, they put together a business plan that led to the opening of their first brewery: the Brewpub on Richelieu Street that still stands today.

For Francis and Sébastien Laganière, their beer has always been brewed with passion and pleasure. Although they currently have a team that they rely on for production, they remain at the heart of the creations and decisions surrounding beer production. “We brew what we like and we like what we drink!”

The Lagabière concept began on February 9, 2013, in the heart of Vieux-Saint-Jean. Where, in addition to beer, they offered a bistro-style menu, cooked with care with a view of the Richelieu River. It was an immediate success, so much so that in a few short years, the brothers had to begin searching for a place where they could open an industrial brewery in order to help supply the classic beers to the Bistro. In 2016 , A new space in the Iberville industrial park was chosen and the brothers worked hard all summer to set up their new brewery.

In September of 2017, one year after opting for cans over bottles, the beers continued to experience phenomenal success. The flagship product, Ta Meilleure, quickly became a staple on the Quebec brewing scene. Major investments in new equipment featuring the Specbrew 30HL brew house, were made to ensure production growth to meet the ever increasing demand.

The success of Francis and Sébastien Laganière is both a local and provincial source of pride. Specific Mechanical is proud to contribute toward the success of their next phase with the recent delivery of a 30 HL Specbrew fully automated system. Now in the initial stages of set up and commissioning, we fully expect the brothers to take product and production to all new heights.