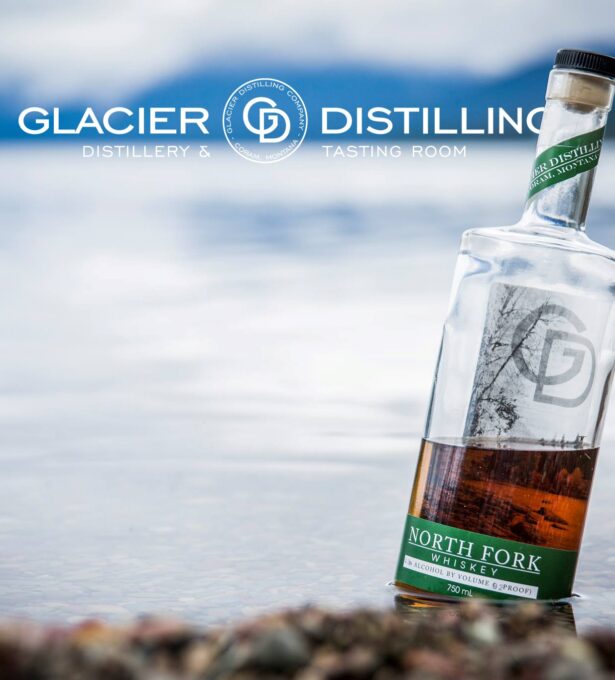 It’s been said that “necessity is the mother of invention”, it’s just such a sentiment that led to the birth of Glacier Distilling.

During a blizzard in the winter of 2009/10, Nic Lee and a group of friends were huddled around the fireplace in a cabin along the North Fork discussing matters of great importance. One such matter was their dwindling supply of whiskey and where they would get more should the situation become dire. It was from this sense of desperation that it became obvious to Nic that he needed to start his own distillery.

The plans for the distillery were drawn on the back of a napkin, and by the end of 2010, Glacier Distillery was licensed for operation.

Perhaps taking a cue from her, Nic’s first release was an un-aged rye whiskey that could be produced and sold in a matter of months, instead of years. The runaway success of this product paved the way for their top-selling whiskey, North Fork. Others soon followed including Bad Rock Rye and Wheatfish.

Today their amazing product line up is as diverse as it is renowned. Taking Gold and Silver medals in the San Francisco World Spirit competition, their flagship North Fork Rye Whiskey is now joined by bourbons, brandies, gin, vodka, rum, liqueurs and even Absinthe – a new specialty, distilled from Montana Wormwood and possessing all the magical properties of “La fee verte” (The green fairy).