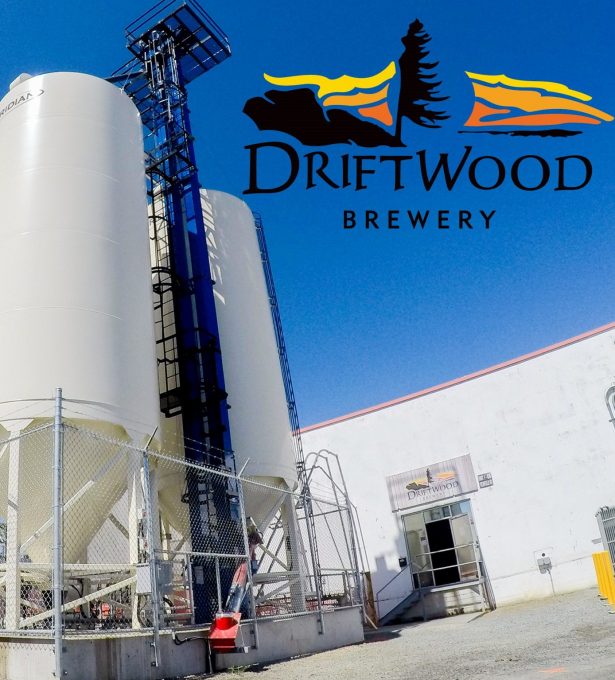 Driftwood Brewery was born with the idea that “We want to consume food and drink that we have a connection with and that brings us joy”. They thought that if they cared about quality and locality – other people in Victoria might as well. It is incredible what one can do with just four ingredients, creating a myriad of different, high-quality beer styles.

Launched in the fall of 2008, Driftwood started with two Belgian beers as part of its opening trio: White Bark Witbier, which is still an integral part of their core line up, and their Farmhand Saison; the third was a hoppy pale ale. Dealing with a worldwide shortage of hops, exacerbated by a Yakima, Washington, warehouse fire – they decided to wait until they could get their hands on the perfect hops before brewing their first IPA.

Co-founder, Jason Meyer, knew that the bar for West Coast IPA’s had been set high, so he intended to set it just a little bit higher. Fat Tug IPA was born two years later, in 2010 and they haven’t looked back since. After years of expansion, and operating out of three locations in Victoria, they eventually outgrew their first brewery in Rock Bay, and secured a long-term lease at a 59,000-square-foot facility in Esquimalt. With this came the task of demolition, moving an entire brewery and warehouse, renovations, and then the construction of a long-awaited tasting lounge – all while keeping up with production and distribution.

Owners Jason Meyer, Kevin Hearsum and Gary Lindsay have worked hard for the last 11 years to create a range of delicious beers with unique flavours and tastes. As a result, brewing on a Specific Mechanical 70HL system, Driftwood Brewery has established itself as one of the leading and most notable Breweries in British Columbia, Canada. Not only for the product they deliver, but also for providing an excellent working environment for their enthusiastic team.

But wait! There’s more! Now that they have ample space in their new facility, Driftwood has just taken delivery of a beautiful state-of-the-art 5000 Litre Distillation system. As a result, Driftwood Spirits is born and with their attention to detail and focus on excellence, you can count on a world class product emerging in 2022. Providing both the brewing and distilling equipment for Driftwood, Specific is proud to be a part of their success.