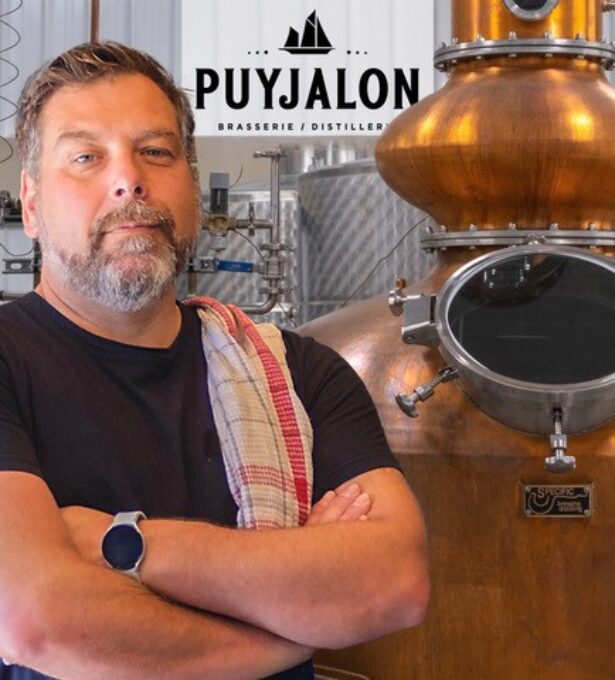 La Minganie is a love story between the Gulf of St. Lawrence and the boreal forest. With more than 70,000 square kilometers of raw nature, this immense territory of the North Shore of Quebec is only connected to civilization by Route 138. Minganie is made up of seven picturesque villages, two indigenous communities, the majestic Anticosti Island, the Mingan Archipelago National Park Reserve and its limestone monoliths sculpted by time.

How did this rugged coast and treasure trove of nature become the birthplace of one of Canada’s highly decorated distilleries? For Mario Noël, a natural born entrepreneur, doing business always made sense. In 2018, Mario’s cousin came to him looking for a new venture they could pursue. They brainstormed, looked at many ideas and stumbled across the idea of opening a distillery. Proud of their region located north of the 50th parallel, It was here that Mario and his associates decided to embark on an incredible adventure. They wanted to reflect the richness of this Nordic environment overflowing with aromas, flavours and character in their distilled products with passion and vigour.

Distillery Puyjalon takes its name from the French Count Henry de Puyjalon, adventurer, naturalist by passion, writer in his spare time, and solitary by choice. A sophisticated and urban man of his time, he chose the solitude of a wild island lost in the Gulf of St. Lawrence to live out his passions. He faced the harshness, but also the purity of Canada’s northern territories. Among other posts, he was the first lighthouse keeper in the Mingan Archipelago, tending the lantern from 1888 to 1894.

With craft distilleries still somewhat of a novelty in Québec, Mario knew there would be obstacles ahead, but also, pursuing that path would be the perfect opportunity to marry his skills for business with a healthy passion for spirits. Like many entrepreneurs, they started small, worked long hours and had their struggles. Now as the main shareholder, while respecting the team, Mario has more creative power and is not afraid to take risks.

Using their Specific Mechanical, 1200 Litre, all-copper, 6-tray column pot still, their award room is steadily filling. Like any job or career, every day brings its challenges and Mario tackles each one with a smile. For not unlike Puyjalon himself, surrounded by beauty and a rugged, natural habitat, the likes of which only exist in this corner of the world, he knows he is living the adventure of his life. From his entrepreneurial business acumen and passion are born spirits that he can now share with the world!